The best thing the River Cruises offer are the side trips, which are arranged by hearty hiking, moderate or easy tour. Of course I elected to go on the easy tours (with my walker).

When the Mani docked at Zons, Germany. We left the ship for a shore excursion of Cologne old town, dominated by the huge Medieval Cologne Cathedral. Each passenger was given a bottle of water and assigned a QUIETVOX with an earpiece so we could hear our guide without him shouting, or without interference from other guides.

I walked with my walker (~100 yards) from the boat to the waiting shuttle bus. We took the leisure tour for older passengers who could not climb steps or walk long distances. After a 15 minute bus ride we stopped in Cologne city center to view the Great St. Martin’s Cathedral, the largest Gothic cathedral in Europe. Since Mass was being held, guides were not allowed to conduct tours. However, we were permitted to stand in the narthex and shoot photos. 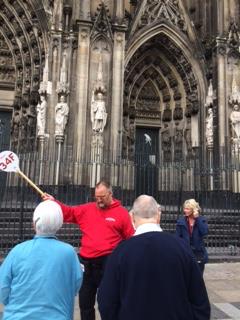 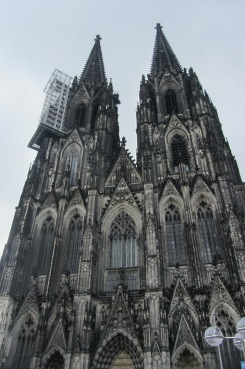 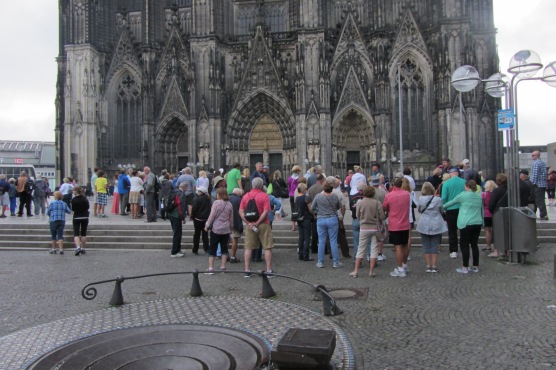 I woke up this morning to a rain storm. I wasn’t concerned since I didn’t plan to hike to Marksburg Castle high up on  hill in Koblenz. We stayed on the ship and picked up the hikers in Braubach. After lunch we were treated to the highlight of the trip. On the central Rhine we sailed past ~20 castles built from the 12th to 20th Century. Since castles and monuments were on both sides of the river, I stayed in the cocktail lounge flitting from one side of the room to the other. Currently most of the well-preserved castles are now trendy hotels. 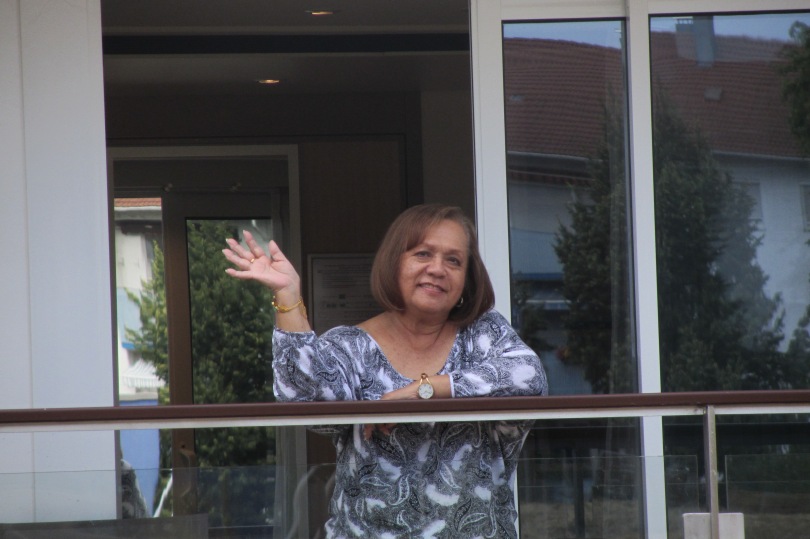 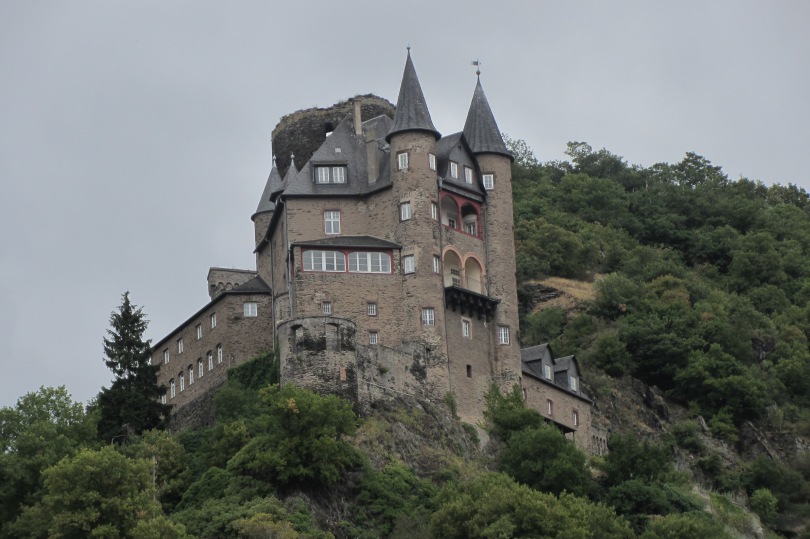 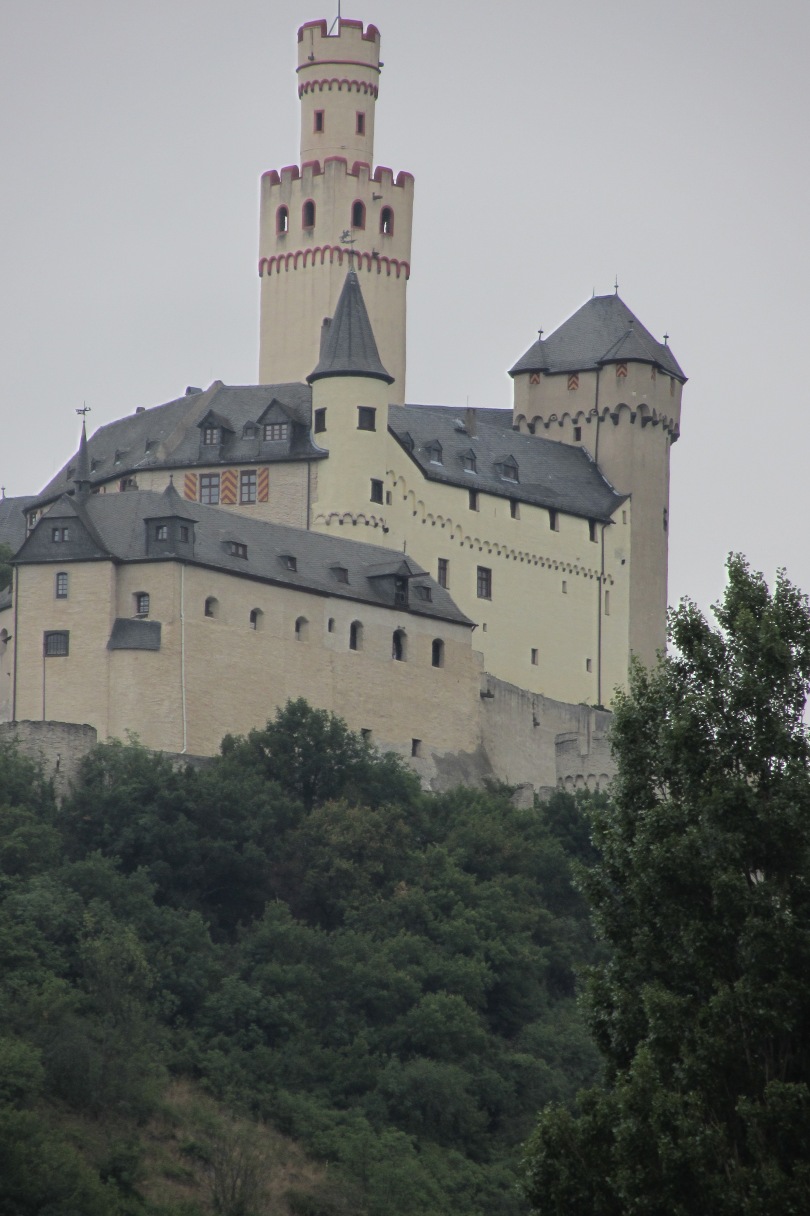 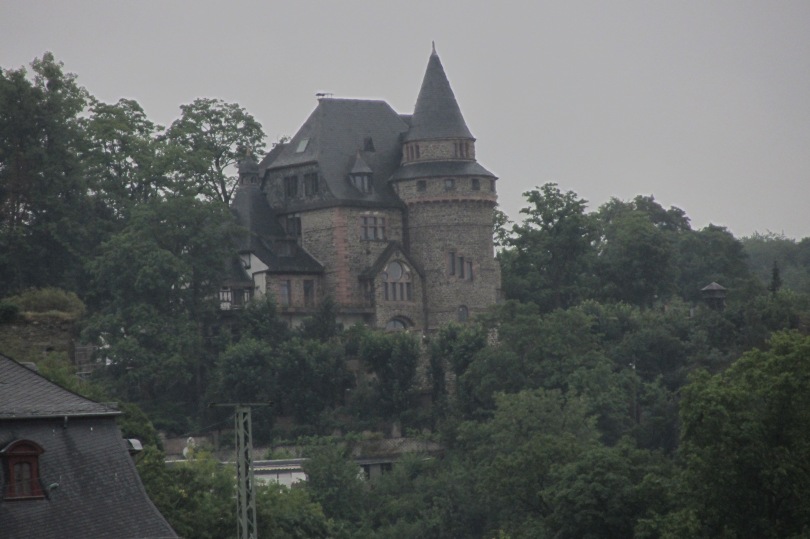 While in the lounge we watched a demonstration on the preparation of Rudersheim Coffee (coffee, brandy, sugar, whipped cream, dark chocolate) and were give a recipe. The coffee was served with German treats of finger sandwiches, cherry cake, and other sweets. Sugar high!

With so much chocolate brandy, I returned to my stateroom for a nap and almost missed dinner.

Join me next time for a trip to Heidelberg, Germany.

2 thoughts on “Side Trip to Germany”